Astonshedsuk is a participant in the Amazon Services LLC Associate Program, an affiliate

Designed to provide a means for sites to earn advertising “commission Income”  by advertising and linking to qualified purchase’s. 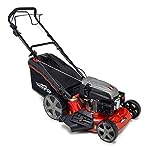 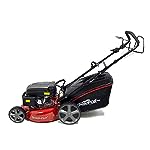 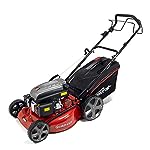 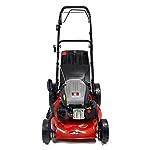 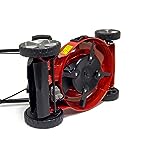 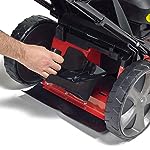 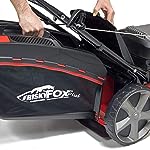 The Frisky Fox Plus 20" QUAD-CUT self-propelled, 4 in 1 mower is a very special mower and is designed for those with a medium to large sized lawn. It is fitted with the heavier duty Wolf 'Dynamic' OHV 4 stroke petrol engine, a newly designed deck and drive system which is specifically designed to meet the requirements of those heavier duty applications. Being a 4 in 1 mower, it will Cut, Cut and Collect, Side Discharge and MULCH. All Frisky Fox Mowers are fitted with an ENGINE SPEED CONTROLLER giving you FULL CONTROL OF THE DRIVE SPEED, so you can adjust the mowing speed to a speed to suit you. So whether you want to mow at a brisk pace or want to slow it all down to a gentle ambling speed, the Frisky Fox allows you set it to whatever you want.

WHY BUY A QUADCUT?
A Quadcut mower gives twice the number of cuts and twice the cutting performance of a traditional bladed mower.
Twice the number of cuts on each pass with the mower means that, unlike the traditional mower, a single pass will usually provide the quality of cut you require and will often cut those annoying rye grass stalks without a second pass.
Quadcut mowers have 4 aerodynamically designed blades which spin at up to 200MPH. 4 aerodynamic blades means that they develop twice the suction effect on the grass clippings and twice the compaction effect on them in the grass catcher.
So overall a QuadCut is a much more efficient mower than a traditional mower.
But it doesn't stop there - QuadCut mower blades are flail blades which are pivoted on a central disc (flail technology has been used by farmers for grass and hedge cutting for years.). The benefit of a flail system on a mower is that should a blade hit a foreign object during use, it simply pivots away from the object and once past it, it resumes its normal cutting position.
So less blade damage occurs to a QuadCut mower's blade system than a traditional mower.

Very powerful and well made lawn mower. One of the quick release handle turnscrrws snapped on first use however this was swiftly replaced by the company. Tears through long grass and gives a brilliant fine cut with the 4 razor sharp blades. Fair sized grass collection bag too. Cut nearly 300 square meters of grass on half a tank of petrol and emptying twice.